#1 is by far the most popular fake wHw corkscrew, presumably copied and modified from the original figurine shown at right. Probably upwards of a hundred of these, with a wide variety of finishes, tail shapes and jockey arm positions, etc., have been found. Not that it matters very much, but this one fails the worm, usability and finish test and is marked [wHw HAGENAUER]. 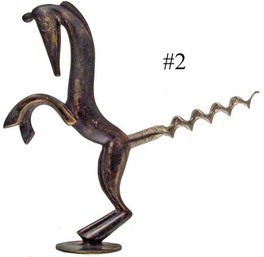 #2 is also very popular, with many found and presumably derived from
another figurine with a worm added.
Marked [wHw].
Besides never existing, it fails the finish test. 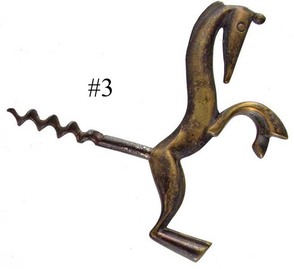 #3 is a modified version without the base, marked [wHw],
it fails the finish test.
Ironically, a few real versions of #3 actually exist
(very early chromium plated, unmarked with a handmade worm). 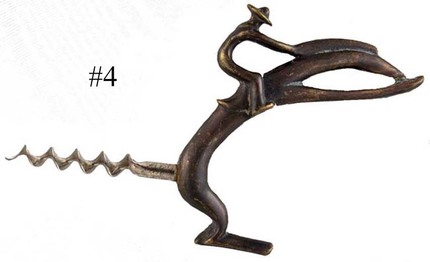 #4 is another copied and modified figurine marked [wHw].
Besides never existing, it fails the finish test. 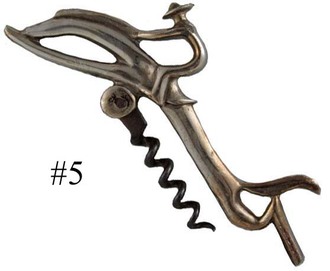 #5 is a folding worm version cast in white metal and marked [wHw].
Besides never existing, it fails the material test. 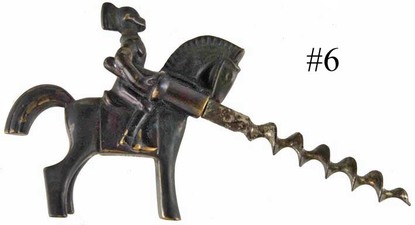 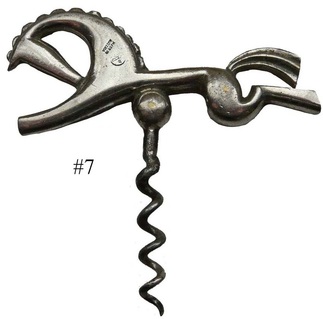 #7 is a real, early, originally-unmarked Hagenauer corkscrew.
Hagenauer always marked their pieces with tiny
marks in the most unobtrusive places.
Some dealer wanted to make sure that you see the mark
so he has added a giant [wHw, MADE IN AUSTRIA] mark on the side.
Powered by